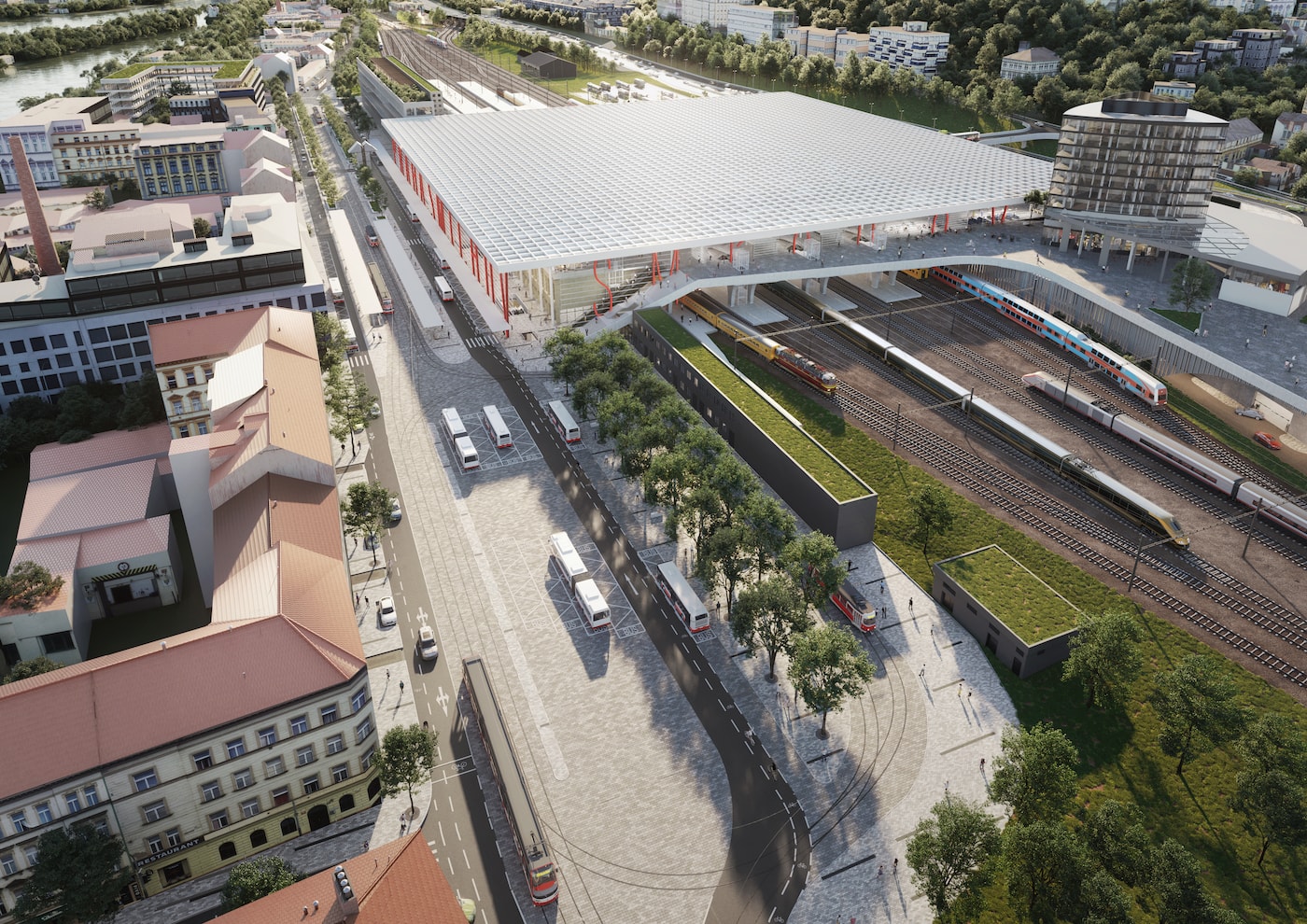 The Smíchov Terminal is an example of consistent cooperation between the city, the municipal district, the Prague Public Transit Company and the Railway Infrastructure Administration. This is the only way to build a terminal that will connect regional and long-distance trains, the metro, trams and inner-city, suburban and long-distance buses. All this is incorporated in the A69 studio’s design.

We have commenced design work and other complex negotiations. We are working hard on the architecture of the terminal, as shown in the visualisations. We are proceeding in cooperation with the Railway Infrastructure Administration, which organised an architectural competition for the administration building. We are closely coordinating the project with respect to all other projects in the vicinity, especially the development of the Smíchov brownfield. Together with deputy mayor Scheinherr’s office, we are organising regular coordination meetings.

Source: IPR Praha (implemented by A69)

We are helping to coordinate and move forward with this joint project together with the deputy mayor Adam Scheinherr’s team.