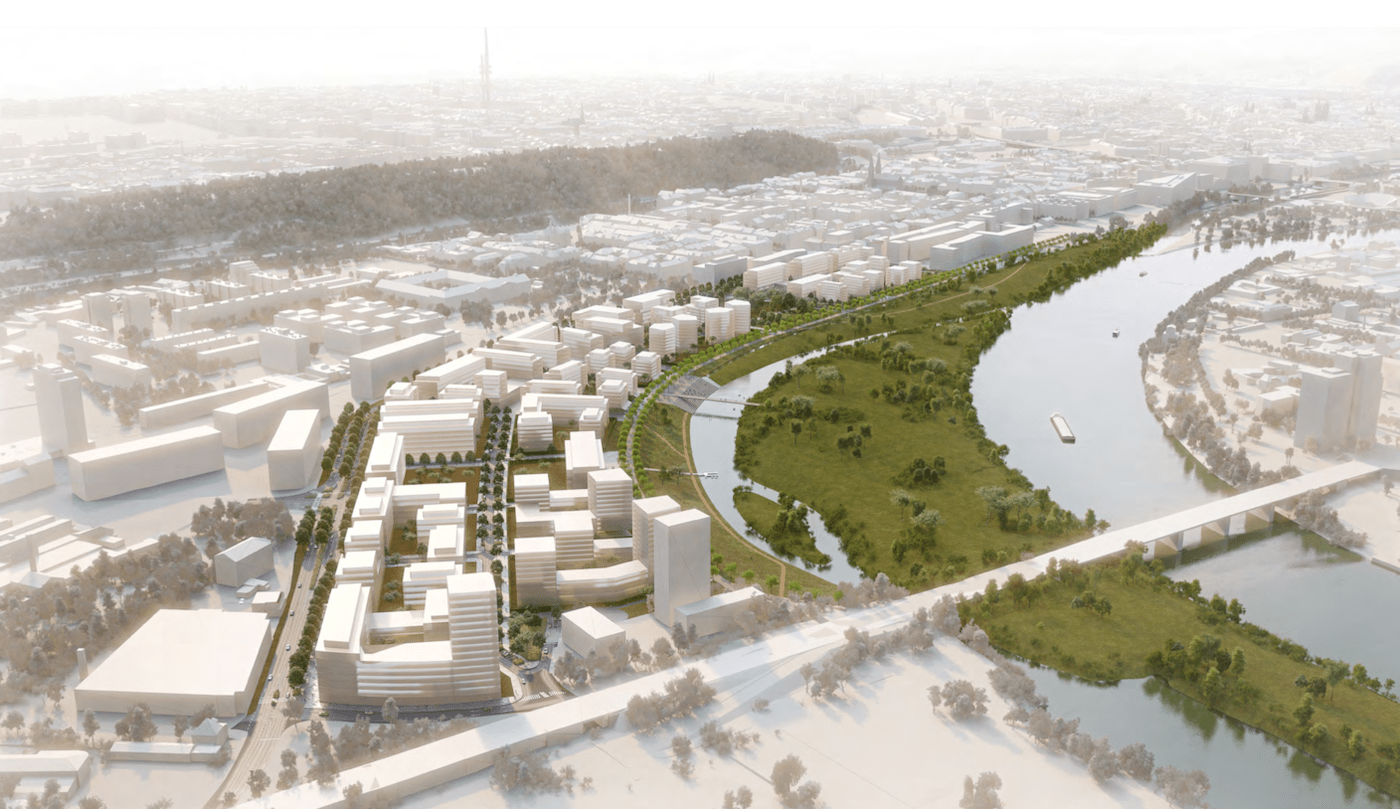 The area between Karlín and Libeň is currently a large undeveloped area near the city centre with excellent transport accessibility. The project envisages the creation of a new district but also the restoration of Rohan Island, where a large park will be constructed.

This district will be a place for work and housing for 12,000 people once it is completed in 12 years’ time. Through IPR, we coordinated the project on the principle of “the city builds the city” and prepared a very high-quality urban planning study with regulatory elements by our colleague Pavel Hnilička.

The public investor’s investment will be followed up by the city; we are preparing a competitive dialogue which will determine the appearance of the large park, and thus, a new area for relaxation for people from all around the city will be created. We are already going to start with rough landscaping, which is a prerequisite for the restoration of Rohan Island.

Photos from the laying of the Rohan City cornerstone

We are helping to coordinate the long-term project together with deputy mayor Hlubuček and his team.