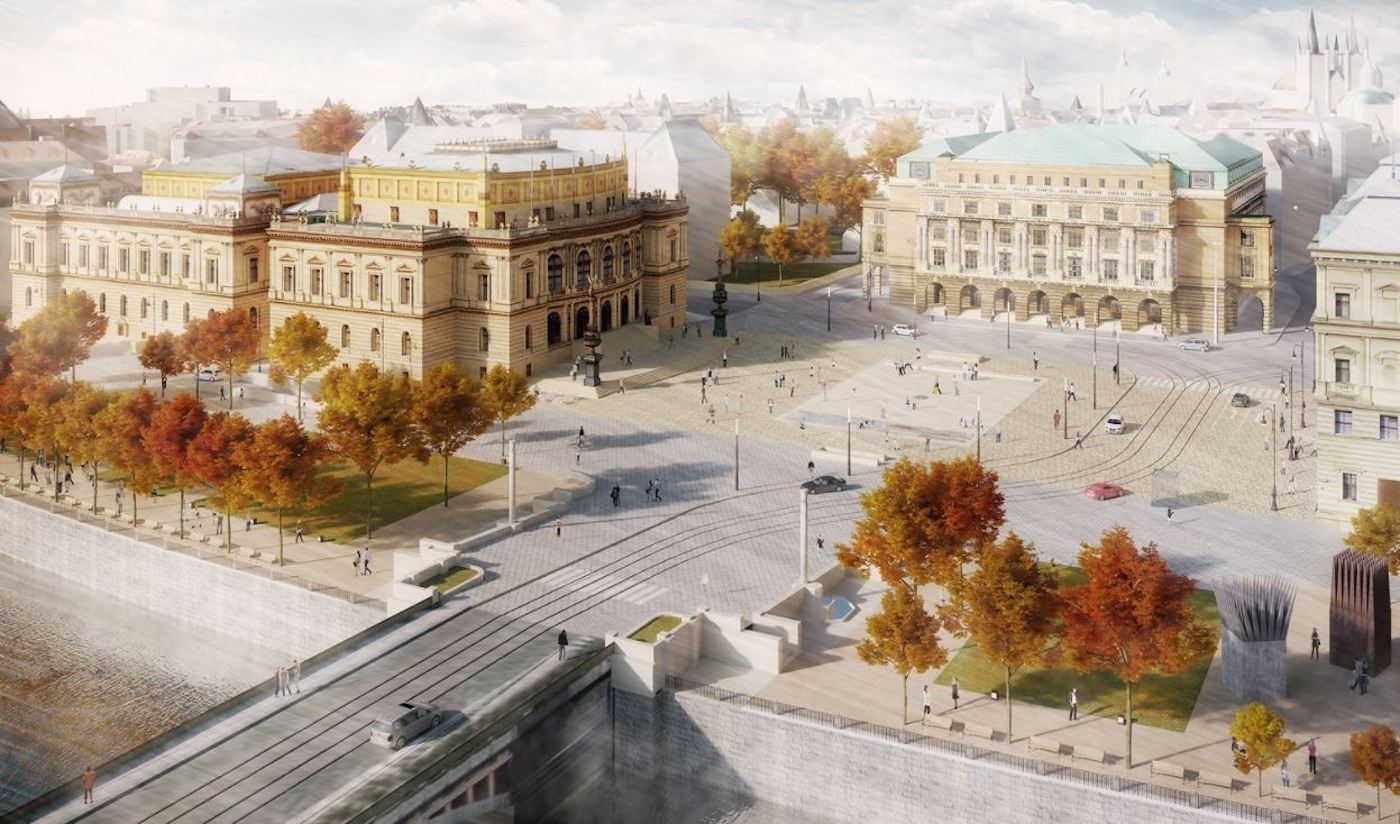 The square, which has a breathtaking view of Prague Castle, sandwiched between important public buildings, has long been discussed. The valued centrepiece of the square, however, is occupied by the vents of a private garage. Petr Hlaváček’s team is managing to conduct negotiations with private owners and gradually eliminate this unfortunate situation.

The proposal for the adjustment of the parterre on Jan Palach Square is based on a competition pitch by the architect Václav Králíček and addressed the renewal of a complicated urban space with a number of pedestrian and traffic connections crucial for the operation of the entire centre of the city.

The main benefit of the proposal is the modification of the profile of 17. listopadu street, which will ensure the expansion of pavements and planting new trees in front of the Faculty of Arts and the Museum of Decorative Arts. The project also includes a number of modifications to the public space in the Aleš Embankment section and the centre of the square, giving this central Prague public space a dignified façade.

We are moving forward with the implementation of the long-term project to revitalise the square.