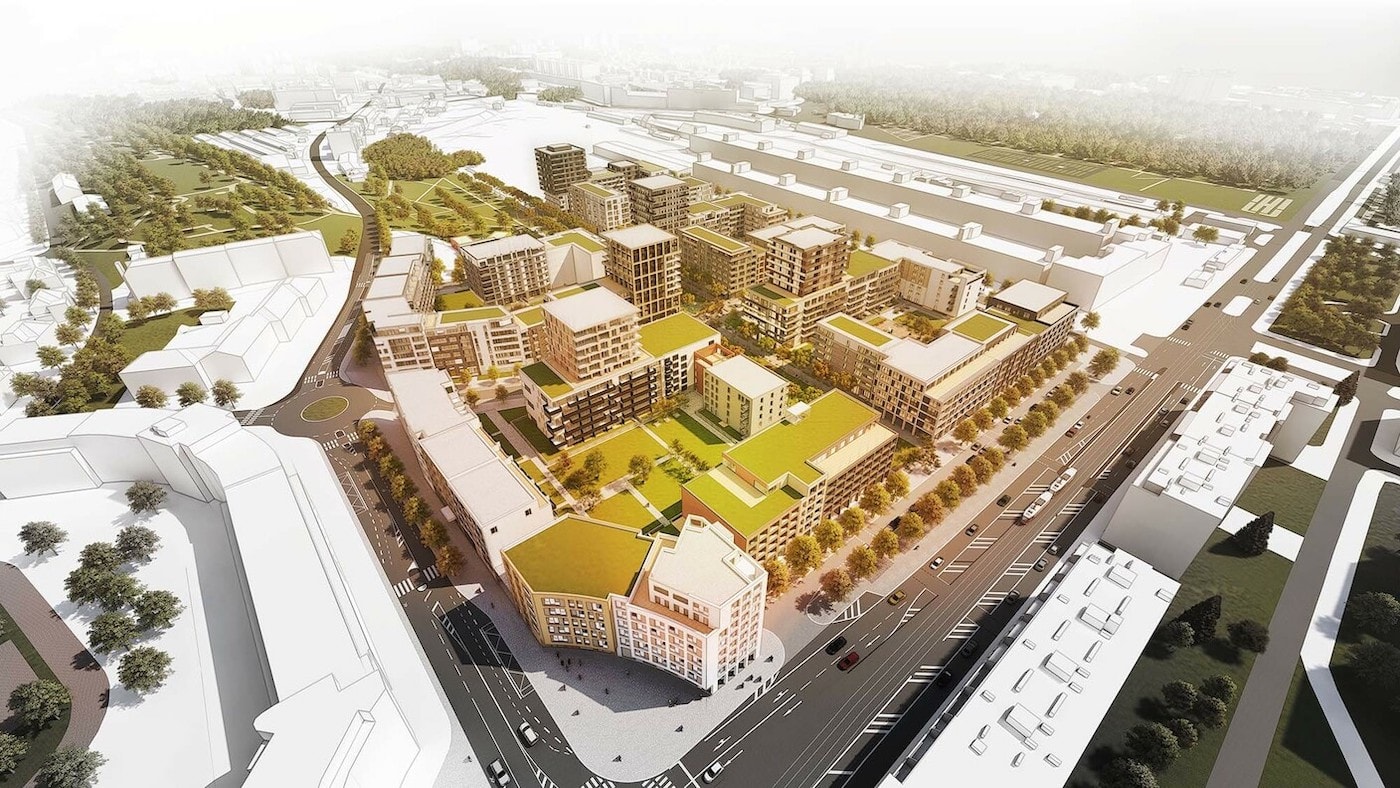 The Žižkov Freight Railway Station is one of Prague’s largest brownfield sites. Petr Hlaváček’s team is working hard on finalising the study, which will bring about an agreement on the use of the area and coordinate all upcoming infrastructure projects, such as Jarovská street or the new tram line. At the same, an intensive dialogue is under way regarding the use of the former freight railway station.

Our office succeeded in involving the public in the process as much as possible. In March 2021, a public hearing was held on the amendments to the urban plan, and a regulatory master plan hearing (beyond the statutory obligations) was held. The comments on the documentation are now being evaluated, and the drawings will be adjusted accordingly.

In parallel, we are negotiating with the developers and the municipal district regarding the construction and financing of the public amenities (e.g. schools, kindergartens, parks and public spaces). Many thanks to the architect Jitka Romanov from IPR Praha for her enormous commitment and efforts, which have helped us reach an agreement regarding the future shape of the area.

For more information, go to the IPR Praha website.

PRESENTATION: History of the Transformation of the Žižkov Freight Railway Station (10 February 2021, Part 1)

We are coordinating, managing and moving this long-term project forward together with IPR Praha and the municipal district.