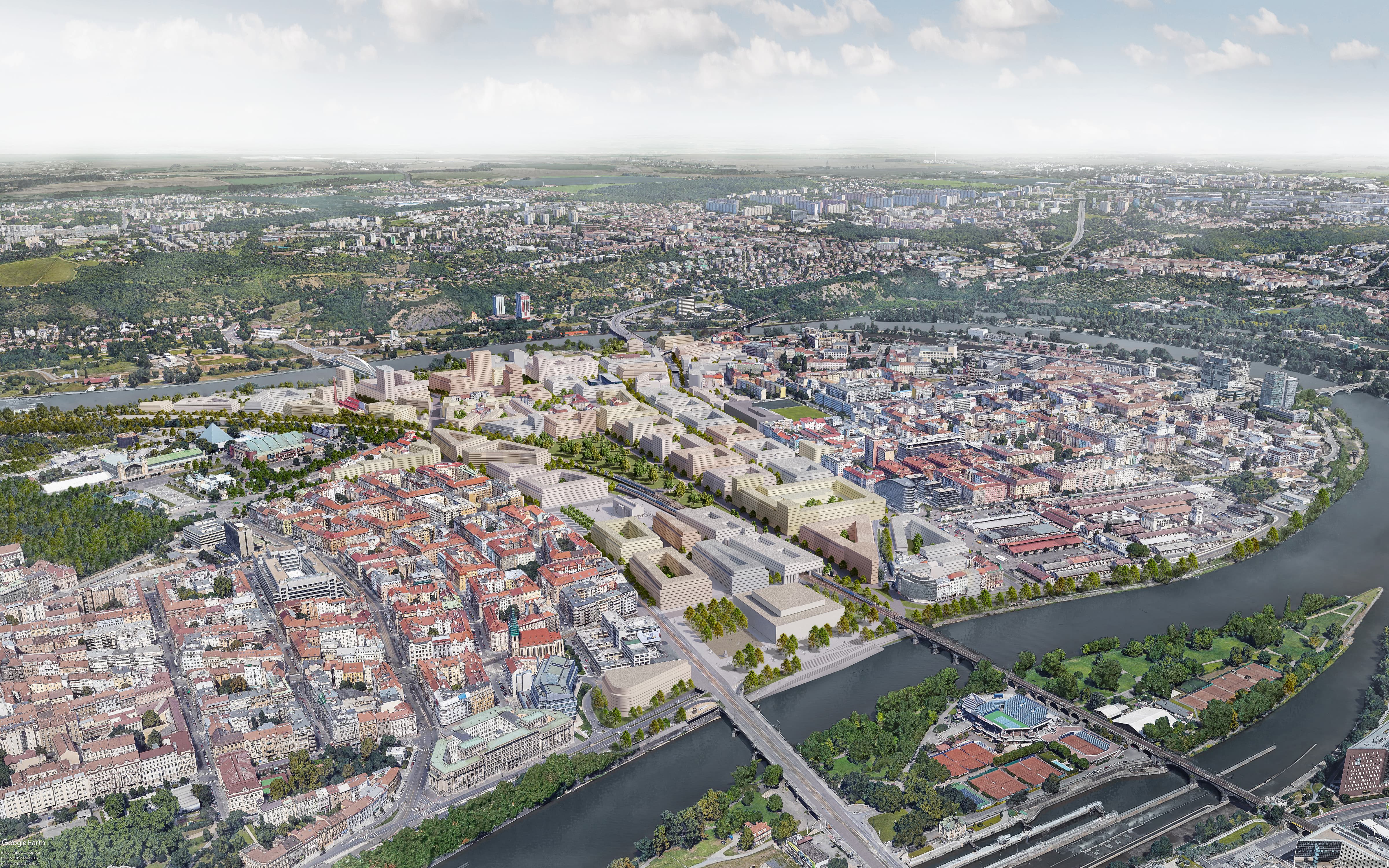 The development of one of Prague’s largest brownfields has been discussed for many years. The competition for the preparation of the “Holešovice – Bubny – Zátory Urban Planning Study” selected a team which was then composed by merging two architectural studios, Petr Pelčák’s studio from Brno and Thomas Müller and Ivan Reimann’s studio from Berlin. The study was finalised in 2019, and extensive participation and comments by the public, associations, the municipal district and other entities took place in the same year.

The architect Michal Bartošek, representing IPR, and the developer Jan Cach are also playing a key role in the whole process. In the course of 2020, the study was further discussed with municipal organisations and relevant state administration bodies, e.g. the Ministry of Culture and the National Heritage Institute, in close cooperation with Petr Hlaváček’s studio. Tending to comments by the commissioning party(the Department of Territorial Development of the Prague City Hall) and the urban planning study proposal was completed in December 2020. The study has become the groundwork for the amendment to the urban plan. The work of Petr Hlaváček’s team has helped to accelerate it by almost two years, as we initiated the replacement of the old amendment from 2008 under the designation Z 2531 by a new amendment in the shortened commissioning procedure under the new designation Z 3822.

Petr Hlaváček’s studio is working hard on coordinating and streamlining all processes related to the area, including its implementation into the urban plan, coordination with the railway, securing the agreements in the area and the upcoming competition for the Vltava Philharmonic Hall. The main objective is to start construction as soon as possible since the area in question and its use for urban development are of paramount public interest.

You may download a clean copy of the Holešovice – Bubny – Zátory urban planning study HERE.

Modifications to the study based on comments

We are coordinating and managing this long-term project on behalf of the city and moving forward together with the municipal district and IPR.